Listen on iTunes, Stitcher or stream it on Podbean.

All right, everyone. Just wait. This episode was recorded on Star Wars Day, which, I think, should be a national holiday with paid time off. Because what the heck just happened? How was Star Wars Day so awesome?

The kids and I went to record this podcast episode after they got home from school, and when we were done I checked Twitter and a somewhat-legit-sounding rumor dropped that the second Anthology film was going to be a Boba Fett “origin” story. 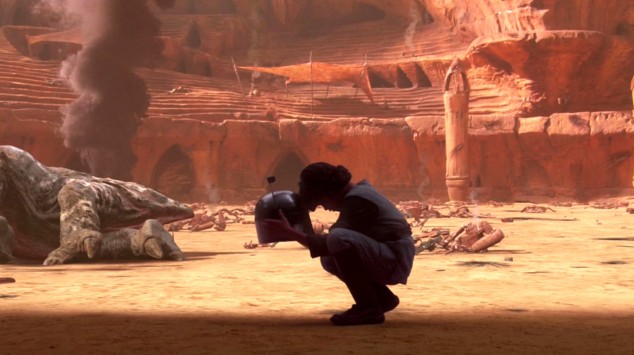 No, not this origin story. That would be weird.

I’m not complaining, but how exactly could I be expected to get this episode live before the clock struck the death knell of midnight? How could I get this thing out there before the Revenge of the 5th was upon us?

The answer is that I could not.

So here we are on the other side. I feel cold.

Listen on iTunes, Stitcher or stream it on Podbean.

At any rate, in this episode we have some fun, and I edit none of that fun out. In fact, there is the barest minimum of editing in this podcast. And I had no show notes to read from. Because I didn’t have time to write them up. So we had fun! All things considered, it turned out quite listenable.

Some of the stuff we talked about:

The Running of the Willrow Hoods

And check this out for further explanation of the Willrow Hood movement: http://www.dailydot.com/geek/running-of-the-hoods-star-wars-celebration/

Anna’s reading the Attack of the Clones novelization. We talk about some things in there that aren’t in the movie and the idea that the right thing to do isn’t always the thing that makes you the happiest.

Chris from Star Wars Kidscast left us our first ever voicemail! Thanks Chris!

QUESTION AND ANSWER COUNCIL (SORT OF)

We forgo our usual Q&A Council format and instead give names to Maz Kanata’s castle-dwellers in the right half of this photo.

So there you have it. Episode 6. We hope you enjoy(ed) listening as much as we enjoyed recording!