It’s episode 31 of Children of the Force!

I purchased Empire vs. Rebellion, the card game from Fantasy Flight Games over the weekend. It seems pretty fun, but we haven’t had a chance to play a proper game yet.

Refer to Episode 19: Rated F for Fun for discussion about video game and movie ratings and why we don’t always follow their suggestions.

We bought Star Wars: The Force Awakens Head-to-Head at the kids’ book fair.

It’s a really fun (and at times, quite funny) book that really gets the creative juices flowing. Unfortunately, this book isn’t available to purchase online yet, as far as I can tell. Hopefully it will be soon.

Catalyst: A Rogue One Story (or as I like to call it, Star Wars: Catalyst: A Rogue One: A Star Wars Story … Story) is going to come out in October and will be a prequel to the movie. No more information on it besides that, but we wonder whether or not this is where we’ll see some characters from Rebels (since we’re pretty sure they won’t be in the film at all).
A three-issue Rogue One comic miniseries is also coming out in advance of the film, in addition to a Rogue One one-shot. No official word on whether or not these will be prequels too, but the general consensus is that they will be.

Claudia Grey announced that there will be one Lost Stars character making an appearance in Bloodline. 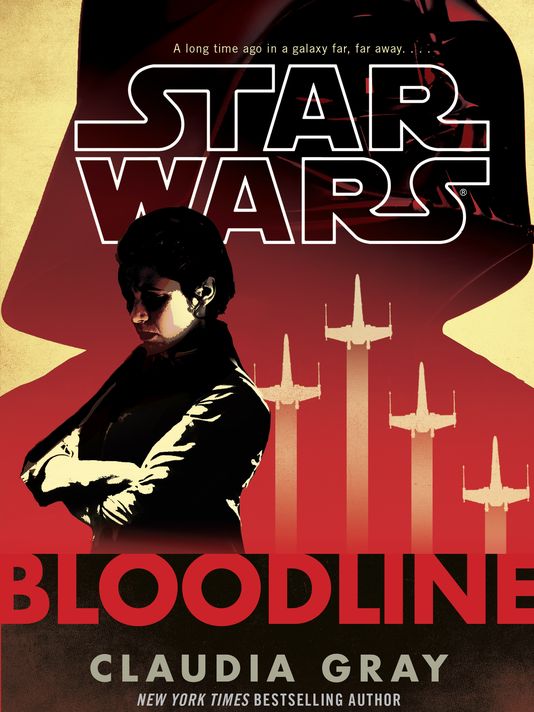 Speaking of Bloodline, there are some new blurbs out there about the book.

WITNESS THE BIRTH OF THE RESISTANCE

When the Rebellion defeated the Empire in the skies above Endor, Leia Organa believed it was the beginning to a lasting peace. But after decades of vicious infighting and partisan gridlock in the New Republic Senate, that hope seems like a distant memory.

Now a respected senator, Leia must grapple with the dangers that threaten to cripple the fledgling democracy—from both within and without. Underworld kingpins, treacherous politicians, and Imperial loyalists are sowing chaos in the galaxy. Desperate to take action, senators are calling for the election of a First Senator. It is their hope that this influential post will bring strong leadership to a divided galaxy.

As the daughter of Darth Vader, Leia faces with distrust the prospect of any one person holding such a powerful position—even when supporters suggest Leia herself for the job. But a new enemy may make this path Leia’s only option. For at the edges of the galaxy, a mysterious threat is growing. . . .

A blurb from the Aftermath paperback:

An entire generation has flourished during an era of peace. The New Republic, governed by the Galactic Senate on Hosnian Prime, has held power for more than two decades. The wars that divided the galaxy are fading into legend.

Yet conflict has begun to take shape within the Senate. Two unofficial but powerful factions have formed – the Populists, who believe individual planets should retain almost all authority, and the Centrists, who favor a stronger galactic government and a more powerful military.

As this political gridlock threatens to cripple the fledgling democracy, Centrist leaders have called for the election of a “First Senator.” It is their hope that this powerful position will bring order to the divided Senate. But populists like Senator Leia Organa Solo know all too well the price of such order. Even as the election nears, the divisions between the worlds of the galaxy are growing wider…

Oh hey, check out this cover for the comic adaptation of The Force Awakens:

I hesitate to even put this image on the website because I really don’t like it. Ugh.

Anna and Liam, on the other hand, really like it. I get really negative and then we agree to disagree.

We discuss this interview of Daisy Ridley and how we made the same joke a month before she made it at the Oscars. Geek minds think alike! Also, she confirms that Episode VIII will begin the same way that Episode VII ended.

“URoRRuR’R’R” is the name of the Tusken Raider who knocked Luke unconscious in A New Hope. We also find out (via Pablo Hidalgo himself (via twitter)) whether or not Tuskens are human, as stated in The Force Awakens Head-to-Head.

This one is from Chris from Star Wars Kidscast.

Q: Why did Rey run out of instant bread?

Will Ahsoka die at the hands of Darth Vader in the Rebels season 2 finale?

Will that be one of the saddest deaths in all of Star Wars?

Anna and Liam ask me a question from Star Wars Trivial Pursuit: What were the colors of the four Rebel fighter groups that participated in the second Death Star battle.

Shoutout to the door-to-door public television membership salesperson who downloaded our podcast as he walked away from our house. Thanks for listening!

And thank all of you for listening! Send us a voicemail or email us at forcechildren@gmail.com if you want to take part in the discussion or just give us some feedback. Thanks!