It’s episode 119 of Children of the Force!

Buy some merch on Teepublic. Every purchase supports the show! 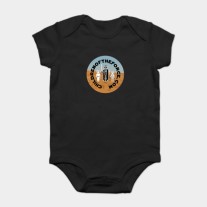 Listen, you will…
On iTunes
On Spotify
On Stitcher
On Google Play
On Podbean

Liam and I finished reading the Choose Your Destiny: A Han and Chewie Adventure by Cavan Scott.

We’re pausing our chronological watch-through of the Star Wars movies. We’ll pick up in time for hyping up for Celebration.

We watched Bibo, the first episode of the second half of the first season of the third animated Star Wars series, Resistance.

We discuss the announcement of voice actors coming to Star Wars Celebration Chicago. Looking forward to seeing all of them, especially Janina Gavankar.

We read some of Claudia Gray’s short story, Master and Apprentice, which appears in From a Certain Point of View.

Why did the Emperor’s voice crack?

What non-Star Warsy stuff are we excited about for 2019?

One thought on “Episode 119 – Palpateenybopper”