It’s episode 73 of Children of the Force!

Check out the playlist I made of the complete first season of The Freemaker Adventures!

We got an email from Joseph!

I revise my answer on that whole “are Baze and Chirrut gay” question.

I read The Force Awakens comic adaptation and realized I got a free digital copy along with it. You know what that means?

First one to leave a new iTunes review of the show will win the free digital comic!

We further discuss all the goodies in that Vanity Fair article.

We listen to some Tom Waits:

We watch some To Catch a Thief:

We also bleep out a word (for the first time ever), Anna plays the part of Kathleen Kennedy, and I sing some Star Warsified Hamilton.

Which one is it? Thugs or dogs? 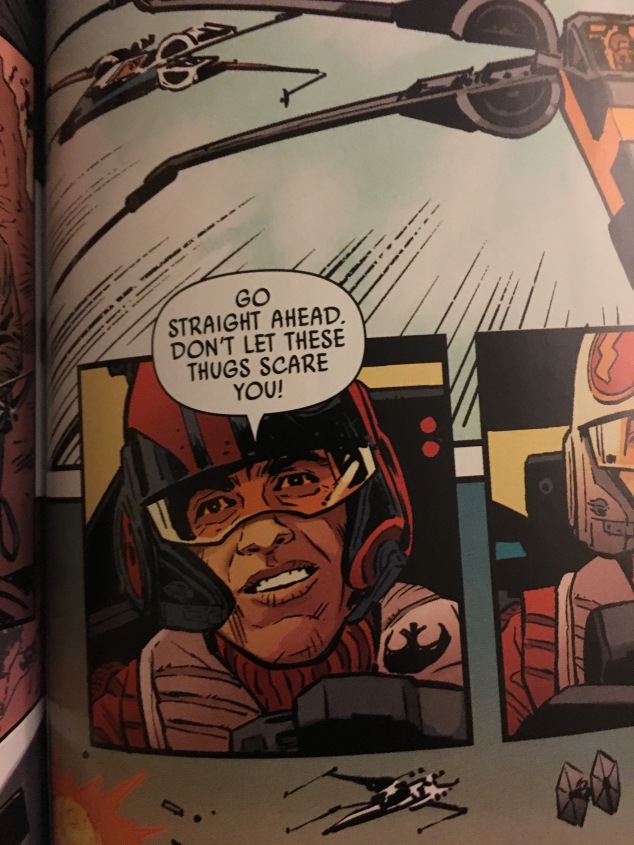 What did Poe say when he took off his shoes and all his fellow pilots saw how large his feet were?

Which Rogue One character had, at one point, gone by the name of Fulcrum?